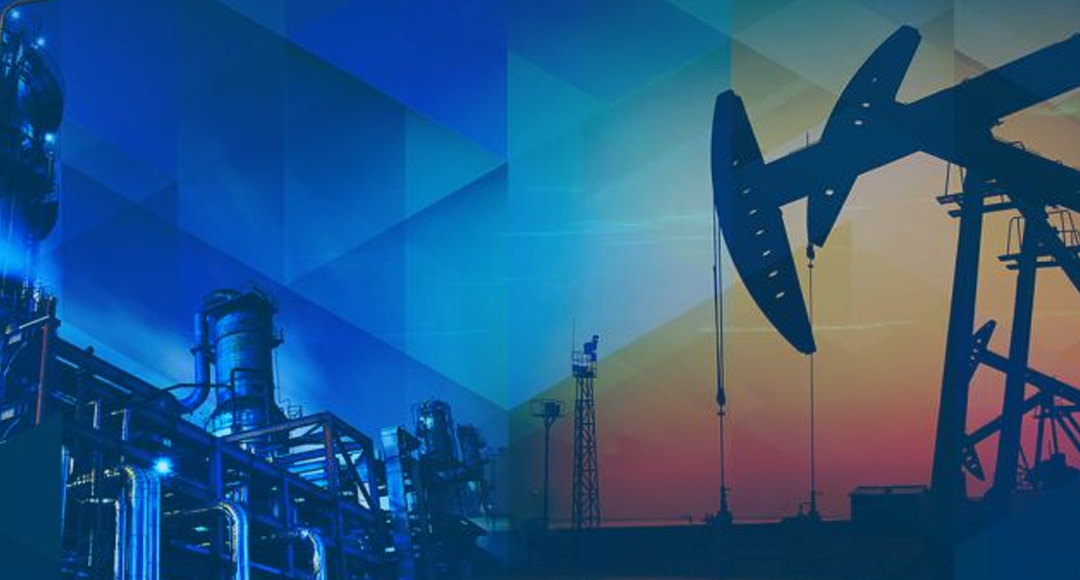 Europe’s energy prices are the highest among G20 nations. The aggressive push towards “green energy” has tremendously impacted economies and has forced increased dependency on foreign neighbors for supply. How did it come to this point? And most importantly, what can the U.S. do to not follow their path towards an energy policy laden with destructive national economic and environmental failures?

Timeline of ‘The Greens’ and Renewables 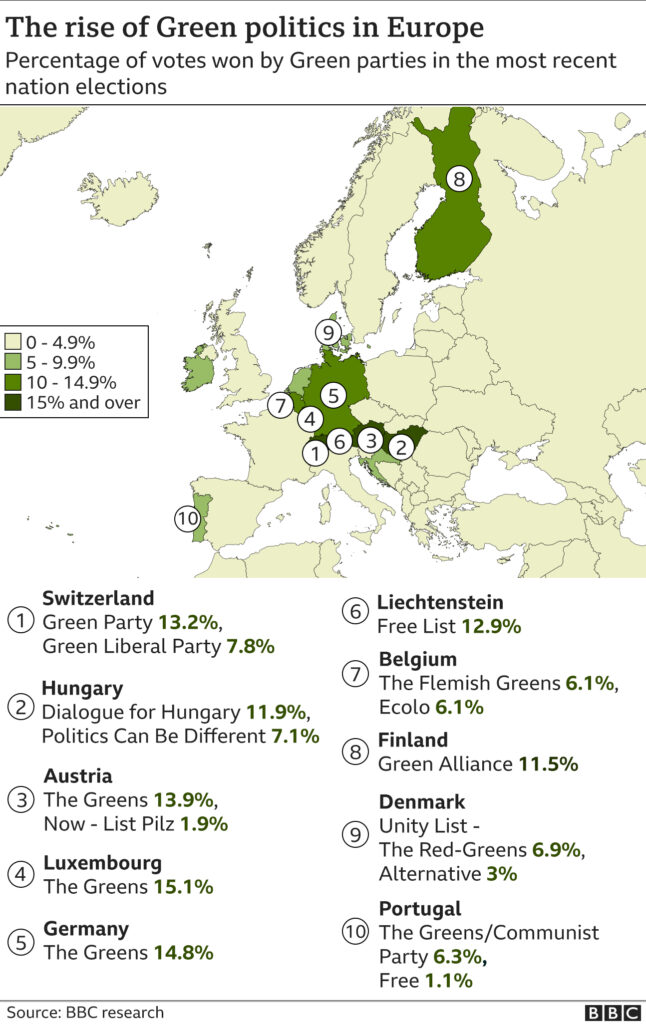 Shortly after the first Earth Day was held in the 1970’s, Switzerland emerged with the first “Green” political activists. The 1980’s brought more political representation and additional support with members now from Germany, Belgium, and the Netherlands. The elections of 1989 enabled the first Green Group in the European Parliament to be created; consisting of 30 members, with France, Italy, and Portugal entering as well. The anti-nuclear movement obtained more support going into the 1990’s and gathered additional party members from Luxembourg, Ireland, Finland, Austria and Sweden. By 1999, the European Green Party was established and now held national government representation in 5 out of 15 EU countries.

In 2007, FYEG (The Federation of Young European Greens) was created with the purpose of gathering young activists, movements and organizations to further the Green momentum. In 2008, the European Green Foundation was founded to encourage Europeans to participate in political discussions and encourage them to support environmental causes. Both of these organizations focused on grassroots efforts to acquire and indoctrinate younger individuals to begin advocating for the next generation. By 2009, the common European’s election campaign presented “A Green New Deal” for Europe which focused on proposing a green alternative for the European economy. This was the beginning of the end of the European energy sector. Throughout the span of 30 years, the Greens were building their case to enter into Parliament seats and national elections to push through their new global economic system.

By 2015, the Paris Climate Agreement was carelessly negotiated and adopted by 196 parties. This agreement began crippling economies as countries promised to make sustainable changes across their governments including wind/solar mandates, a push for electric vehicle usage, and a phase out of fossil fuel usage across the board. Countries across the EU BBC Research 2021 have been heavily experiencing the economic pain of these policies over the past few years. The UN Conference of the Parties (COP26) in Glasgow, this past fall, concluded with more suggestions and pushed back goal markers for becoming climate neutral. With high energy costs continually increasing, the European Green Deal allows no question of stopping the initiative to become climate neutral by 2050 or sooner. Below is a timeline of renewable energy usage across the European Union: 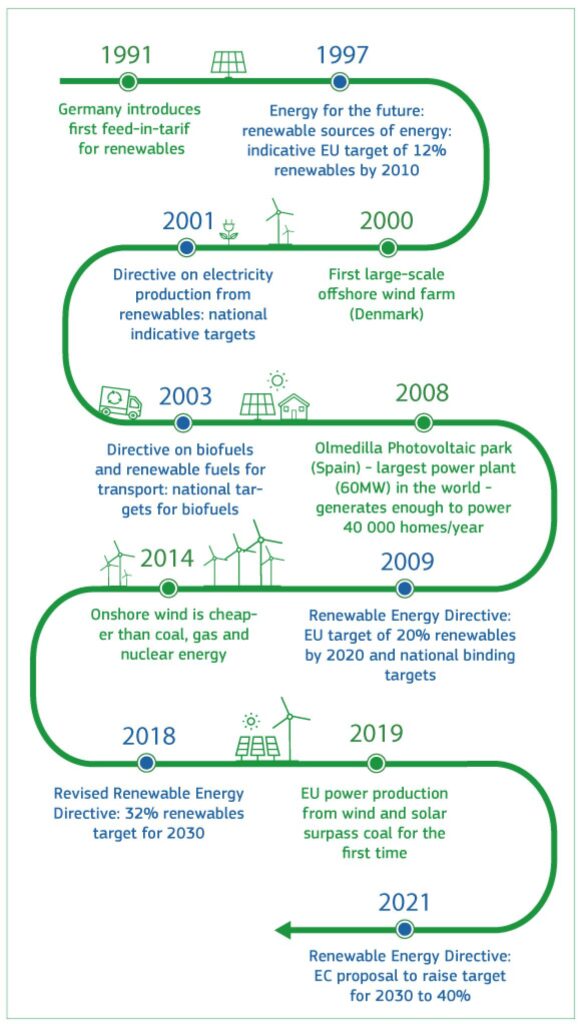 This chart, from the European Commission, shows the progressive leaps countries in the EU have taken in recent years to further the renewable energy “green” agenda.

These statistics of renewable energy sources fail to show the economic impact countries are facing due to grid instability and intermittency. Not only are consumers paying more, but they are paying more for less. The chart below depicts weather dependent renewables achieved productivity and capacity levels: 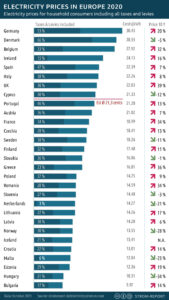 timeline chart paints the picture that renewables are becoming more relevant, when in reality, they aren’t. The chart to the left shows the spike in energy prices across Europe over the past 10 years. This spike is due to a number of factors including double-paying for renewables and their backup sources, as well as advancements in solar/wind within that particular country, among others. W hen comparing cents/kWh with energy prices in U.S. states, the U.S. collectively falls on the lower end of EU nations with prices ranging from 9.1 to 20.9 cents/kWh in 2016. Today’s collective state average has increased to around 14 cents/kWh. Although, we are slowly catching up to European rates with wholesale energy prices up 33.8% just over this past year alone.

As previously mentioned, the Green Movement is an anti-nuclear movement. Although nuclear energy is the cleanest form of energy with over a 95% productivity capacity and contributes zero-carbon emission waste, Environmentalists and Green Politicians want nothing to do with it. Fossil Fuels like natural gas and coal are among other dependable energy sources that are cheaper and also not intermittent. Countries like Germany for example, have plans to decommission all of their 84 coal plants across the country by 2030 (only 8 plants remain). Coal accounted for 40% of Germany’s electricity and instead of switching to a cleaner form, such as nuclear, they eliminated it completely to rely almost solely on wind & solar sources. Germany is one of the most cloudy European countries after the UK, so wind & solar backup conventional power plants will be needed to support the country’s energy needs.

Countries like Denmark and the UK are putting all of their renewable energy efforts into Offshore Wind Farms which they are finding to be more expensive and not as reliable as predicted. Additional maintenance is needed due to weather elements and salt corrosion, which are decreasing the profitable lifespan of the turbines to just around 12-15 years. Meanwhile, the government has been basing calculations off of wind turbines lasting from around 20-30 years, depending on where you look. In addition, the older the turbine gets, the less energy it produces (up to half as much energy when it reaches 12-13 years old as opposed to its first 2 years in service). A number of offshore farms have already been decommissioned, including the first ever offshore farm in Denmark, called Vindeby, due to costly maintenance updates. In this example, the Vindeby turbines have been in operation since 1991 but have proven to be more of a cost burden in recent years than anything else. Although these turbines are, in fact, in the later years of their predicted lifespan, they are also drastically smaller than turbines being constructed in the UK which gives them an advantage. The larger the turbine, the more turbulence it will experience, leading to more mechanical damage and maintenance costs. In the UK, offshore decommission costs have already risen to £4 billion, which is the equivalent to about $5.6 billion USD. This routine wear and tear, as also seen in Denmark, will more than double the cost of electricity being produced by wind farms in the next decade, causing costs to fall on the consumers who are already collectively paying £1 billion per year in subsidies. The transition to completely renewable, intermittent energy is proving to be extremely expensive for all countries.

The European Green New Deal is only bringing higher costs and unreliable energy to consumers across the EU. Weather dependent energy is not only low functioning, but it requires continued maintenance, expensive generation costs, and backup fossil fuel supply. Essentially it is obsolete when comparing sources like nuclear or natural gas, which are still being used to fulfill the grid inconsistencies when renewables cannot perform to their highest capacity.

Throughout Europe, huge shale and coal deposits are being ignored; further decreasing international competitiveness between countries. Heavy industry companies are now leaving for cheap energy nations and European countries are beginning to suffer from economic stagnation.

The goal to reach carbon neutrality in the European Union by 2050, is likely to have very little effect on the average global atmospheric temperature increase of about 0.02℃ – 0.06℃. Not only is the feat tremendously complex, but there is absolutely no coordinated and detailed technology roadmap demonstrating how to get there. The more countries push to obtain their energy from weather dependent renewable sources, the more dependent they become on neighboring countries, like Russia, for fossil fuels to supply standby and/or primary generation.

We’ve already written about Australia’s energy disasters in the provinces of Victoria and New South Wales. There, the state went to the extreme of entirely blowing up their fossil fuel generation plants so as to create a “no return” policy. Such shortsightedness left them vulnerable to droughts and poor sunlight conditions (smoke from long-term fires) that reduced their generation capabilities to substantially below that needed to supply their customers. The ensuing choices they made only compounded their dilemma – chasing businesses and industries out of these provinces and, in some cases, out of their country.

The U.S. can learn from the failures that have compromised the supply and delivery systems of both the European nations and Australian provinces, which adopted and fully enhanced total green energy policies. We must do so now or we will be even worse off than those ideologically driven governments, leading us into the chasm of darkness and gloom.