THE PARIS AGREEMENT (AKA AS COP21) 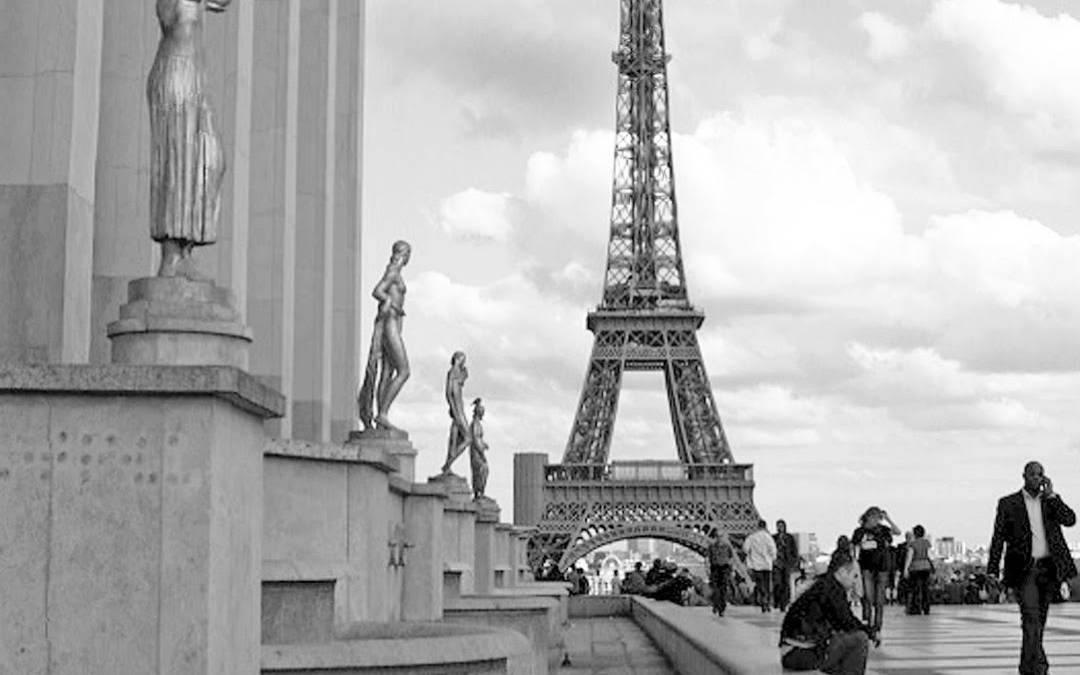 My granddaughter has a chore board hanging in our home. It contains a host of tasks/chores she can complete that provide her with responsibilities, awareness to her immediate environment and beyond and, ultimately, her reward (earning an allowance). Although not “mandatory”, her voluntary chores (putting away her toys, books, arts and crafts, clothing) contribute to keep our home clean and energy costs down by turning off lights, closing doors/windows, wearing sweaters and sweatshirts when cold, opening blinds, recycling and composting for our garden.

Similarly, the often discussed Paris Agreement has voluntary guidelines and not mandatory procedures that require participation in keeping our “home” clean, comfortable and efficient.

The Paris Climate Agreement or COP21, is an international treaty, named for the city in France in which the conference was held.  The objective was to limit greenhouse gas (GHG) emissions to 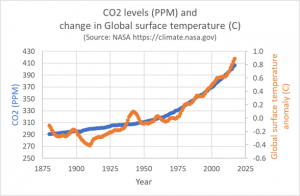 levels that would prevent global temperatures from increasing more than 2°C (3.6°F) above the temperature benchmark set “before the beginning of the Industrial Revolution”.  It’s signed by 197 countries and ratified by 187 (as of November 2019).  The Paris Agreement was initiated to improve upon and/or replace the Kyoto Protocol, an earlier international treaty designed to curb the release of GHG.

The United Nations is the primary driver of the Conference of Parties (COP) whose overall purpose is to establish sustainable development and to eradicate poverty.  An additional goal is the safeguarding of food supply and ending hunger.  The participating countries voluntarily provide or commit to N.D.C.s (Nationally Determined Contributions). 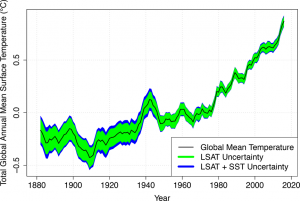 The stated temperature goals are to stay below a rise above “pre-industrial level temperatures” (which both in time perspective and base temperature from that period are undefined); to rise less than 2°C  by the year 2100 and, ideally, kept below a 1.5°C increase by mid-century.  (The equivalent of 2.7°Fahrenheit to 3.6°Fahrenheit).

Prior to the Paris meeting, the UN asked countries to submit plans detailing how they intended to reduce GHG emissions.  Those plans were referred to as “intended nationally determined contributions” (INDCs). In all, 185 countries submitted intentions to reduce their greenhouse gas emissions by 2025 or 2030.  The U.S. announced in 2014 its intention to reduce its emissions 26-28 percent below 2005 levels by 2025.

There are basically 2 classifications in the participation ranks tasked to address climate change:

HOW WILL IT WORK?

This is accomplished via the U.N. Global Environment facility (operating as a bank/clearinghouse) which oversees the Green Climate Fund, Special Climate Change Fund, and Least Developed Countries Fund.

The Paris Agreement’s funding is from developed countries which should provide financial resources to help Least Developed Countries “in continuation of their existing obligations under the Convention.”  The Green Climate Fund’s stated floor is $100 Billion US Dollars per year from developed countries by 2020, [approximately $10.3 billion had been raised by May 2018.] This funding is to support both mitigation as well as adaptation efforts.  This funding comes from different mechanisms which could include grants, equipment and technical expertise.

Participating countries voluntarily establish their N.D.C.’s and are encouraged to utilize domestic policies and carbon pricing to achieve each.

China, the country with the largest total greenhouse gas emissions, set its target for the peaking of its carbon dioxide emissions “around 2030 and making best efforts to peak early.”

India’s INDC noted its challenges of eradicating poverty while attempting to reduce greenhouse gas emissions.  About ¼ of the world’s population without access to electricity resides in India. Nevertheless, the country planned to “reduce its emissions intensity of its GDP by 33 to 35 percent by 2030” compared to 2005 levels.

The U.S.’s intention is to reduce GHG emissions by 26-28% below 2005 levels by the year 2025. President Obama, via executive order, committed the U.S. to the Paris Agreement and authorized 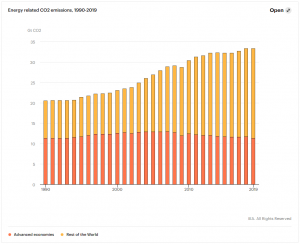 The Paris Agreement is non-binding – participants state an intended target of reductions to their contributions of Green House Gases and attempt to achieve them.  The U.S. has been and continues to reduce its emissions without continuing to participate in the Agreement.  The hope is for all signatories to significantly reduce the CO2 output which the UNFCCC believes to be the main contributor of global warming. The major industrializing countries, including China and India, are classed as LDCs and their economic policies are those of rapid growth.  The permission given to these countries by the UNFCCC is to emit as much as they see fit. Yet a mitigation policy can only work if it caps emissions.  Therefore, despite efforts by the world’s industrialized countries and net reductions by many, global emissions continue to increase.  The decision by the U.S. to withdraw from the Agreement, in my opinion, was the correct move.